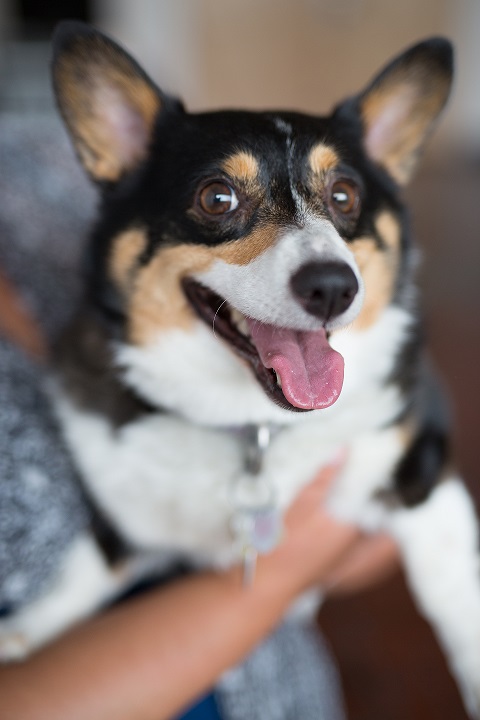 Why I Cancelled My Vacation to Cuba

All those of you that do know me, have always heard me say, “I would never cancel a vacation,” and “Everyone knows not to die around my vacation time,” ridiculous things like that. Except, I wouldn’t cancel my vacation for just anything.

The one thing I would cancel my vacation for is my dog.

My beautiful 7 year old Pembroke Welsh Corgi. She had lymphoma. Which, unfortunately, is apparently more common in dogs her age. In May 2016, I was in Europe when my mother found a lump on her and took her to the vet. Everyone was pretty sure that it was cancer, but there were lots of tests and everything came back inconclusive. It took about a month or two, two different vets to get the results saying that she had cancer. For the next 9 months she had Chemo–took it like a Champ. She was amazing!! There were two rounds where she got super sick, and we were back in the ER immediately. Finally, she had gone into remission for the next few months. At the end of April, beginning of May 2017 we took her to the vet because we felt lumps again. The vet advised that doing chemo again wasn’t going to do much and she would be miserable. A harsh reality. My baby girl was going to die. Which was something I couldn’t even tell myself. That wasn’t something that I would let my thoughts process.

Cancer can happen to anyone, human and animal. It doesn’t discriminate. I think that’s one of the hardest thing about it.

My mother and I were supposed to go to Cuba at the end of August. Everything was booked and planned. We were excited, we were looking forward to it. It also was coming to an end for Ella. We cancelled our trip without any hard feelings. Luckily everything was fully refundable (Airline Miles ticket and an AirBnB.)

On August 4th 2017, Ella’s short, amazing, meaningful life came to an end. And I am way more heartbroken over that than the thought of “maybe not going to Cuba.” (Since the President is trying to cut that tie.) It’s amazing how such a small little animal that depends on your for everything is all of a sudden gone. Routines that you’ve been doing for years all of a sudden are gone. A dog waiting for you to come home, to cuddle next to you, the barking. Everything is gone, and everything is silent. It’s been a really hard adjustment. It’s still an adjustment. I still seem to come home and look for her.

Travel is my passion, and my puppy has supported me. Because that means she got to have alone time with Grandma and Grandpa–and constant treats and corn dogs!  (>.<) My favorite part was coming home to her cuddles and kisses.

Someday, things will be the same.
And maybe, I’ll go to Cuba.
But if I don’t, spending time with my baby girl was far more worth it than anyplace in the world would have been.

I made the right decision.

“Dogs are born our of love and love their owners so pure they don’t have to stay as long. We live past our dogs because it takes us a little longer to learn.”
-Comforting words from a friend and old roommate, Bailey.-